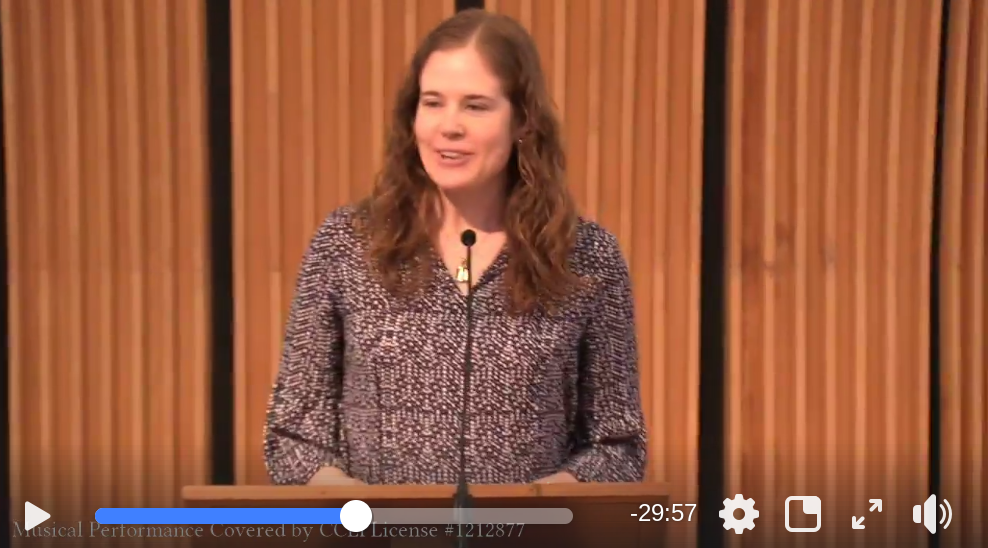 Do you want to learn more about the theology behind Christian unity?

UniteBoston’s Executive Director Kelly Fassett preached at Gordon-Conwell Theological Seminary this past Wednesday. Her sermon was titled “Transforming Hostility into Enemy-Embracing Love.” Jesus redefined who we should associate with and modeled enemy-embracing love, even for the people that were nailing him to the cross. The sermon is centered on the scripture text Ephesians 2:11-22, which emphasizes Jesus’ reconciling peace, and the work of Christ that destroyed hostility between Jews and Gentiles.

“For he himself is our peace, who has made the two groups one and has destroyed the barrier, the dividing wall of hostility, by setting aside in his flesh the law with its commands and regulations. His purpose was to create in himself one new humanity out of the two, thus making peace, and in one body to reconcile both of them to God through the cross, by which he put to death their hostility.  He came and preached peace to you who were far away and peace to those who were near.” (Ephesians 2:14-17)

As Christians, how can people believe that we are reconciled to God, if we aren’t reconciled to one another? Kelly believes that there is one major component that is preventing unity and reconciliation: hostility. She highlights four steps we can take to uncover the hostility we may be holding towards other Christians by:

She states boldly that Christian unity is a process by which the church is brought to maturity (Eph 2:21-22, Eph 4:15-16). Our differences even among Christians seem to lead to intractable polarization and division – Listen to the sermon below to reflect, learn and grow together across the diversity of Christian belief and practice.

Please join us for Chapel at 11:10am (EST) to hear Kelly Fassett preach the Word.