The Find A Way Relay was a journey, on foot and by bicycle, that ten people took from DC to St. Louis, where they participated in the Taize St. Louis Pilgrimage of Trust in May 2017. Together they crossed the countryside, receiving the hospitality of others, seeking to spotlight the injustice of racial violence. Vinny and Beth Mwano put together a video about the journey. 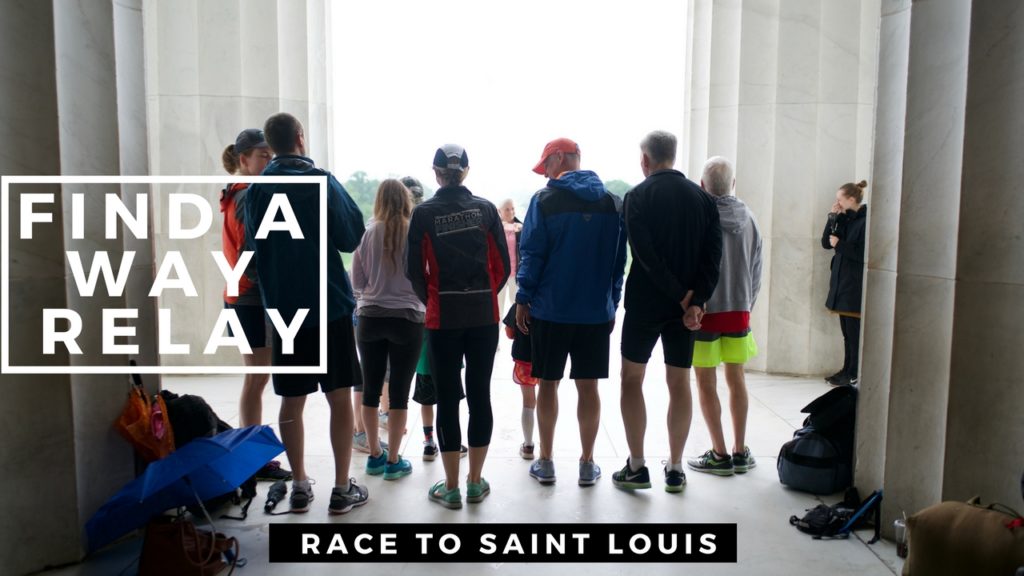 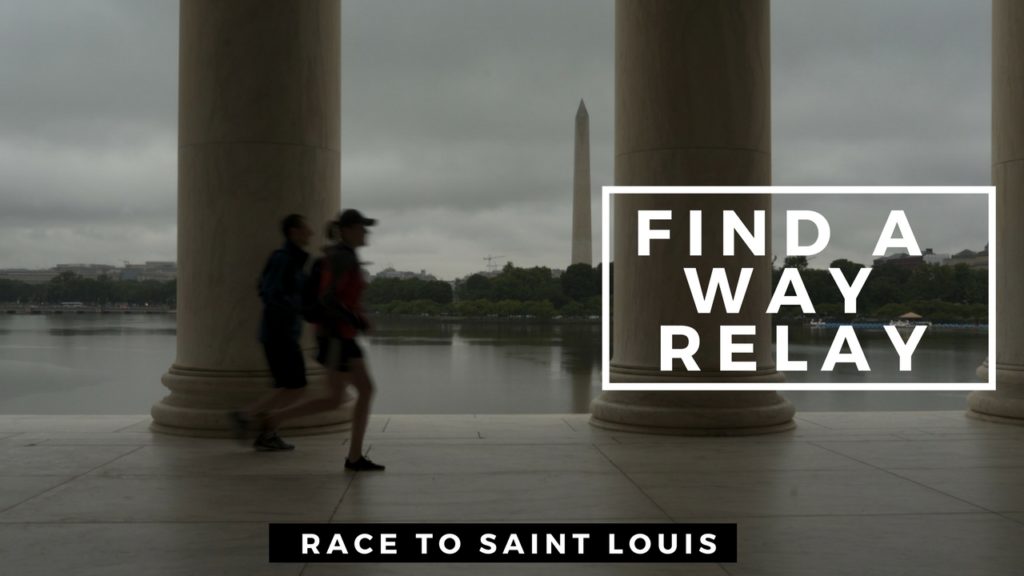 UniteBoston’s Executive Director Kelly Steinhaus was one of the key team members for this initiative. Below, she reflects on her own journey of learning about the reality of racial inequity and God’s heart for racial justice.

My rocking chair creaked as I sat in front of the kindergarten class in one of Boston’s public schools. As the students quieted down, dozens of faces looked up at me, expectant to hear the story of the day. I had chosen a book about a young man who has a dream about playing basketball, and through perseverance he defied the odds to make the team.

After I finished reading, I asked the students to share with me their dreams. One by one, each chimed in: “a teacher, a painter, a doctor.” I looked at each of the black and brown faces sitting in front of me, and encouraged them, “You can be anyone and do anything you set your mind to. It won’t be easy, but if you just persevere, you can accomplish anything in life.”

Those were the words that came out of my mouth, but this time there was a check in my heart. Was it actually true that these students could accomplish anything in life, in light of the obstacles in their path?

The message I shared that day was the narrative that I had been told all my life. My parents had continually encouraged me to dream big, supporting me in my pursuits of getting a 4.0, playing college volleyball, then trying to make the national rowing team. For me, my hard work paid off and my dreams came to fruition. This made it easy for me to believe that success is simply the result of hard work and perseverance.

When the shooting of Michael Brown happened, and Trevon Martin, and Tamir Rice, my first thought was how sad it was that those white policeman were so racist that they resorted to shooting. I had been caught up in the media’s portrayal of these incidents, and it wasn’t until later that I considered the police’s side of the story of when and where they use force. The Dolan Consulting Group found that police don’t disproportionately target African-American men in their use of force and in fact are responding to deadly force assaults, while other research shows that black people are 3x more likely to be killed by police, although they are more likely to be unarmed than white victims. I mention both of these articles to emphasize that this issue is incredibly complex and nuanced. We can easily generalize and stereotype people of certain races and professions based on specific incidents without examining the broader motivations and underlying factors.

The Black Lives Matter movement speaks a lot about implicit bias, which is a term that refers to our attitudes and associations that are often unconscious. When I took Harvard University’s implicit bias test, to my surprise I realized that I unconsciously associate negative concepts with black people. While I’m not clear as to how this implicit bias correlates with my behavior, this reality was striking, especially since I’m used to scoring well on tests!

While there are a multitude of factors contributing to police use of lethal force, I began to discover that beyond the important controversy over the use of force, the evidence showing unequal opportunities for people of color is undeniable:

Once you see, you can’t not see… and what I began to see was that the deaths of a few black men that spurred on the Black Lives Matter movement was a symptom of racial injustice infecting America. While we will never know exactly what happened in these deaths, the societal injustice and inequity gripping America are clear. The problem was the vastly differentiated educational opportunities for Boston’s youth, it was the correlation I saw between race and income in different neighborhoods, it was the fear that I admittedly felt walking through a predominately black neighborhood, and on and on.

When I realized the extent to the problem, I became paralyzed at the vast inequity and its implications for everything. What could I do? My white skin had brought me so much, a white privilege, which admittedly was a term which I used to refrain from using. But over time, I began to realize that my initial offense at this term was a denial of the discrepancy between the world that I saw and the world as it actually is. My blinders had come off, and I couldn’t go back to the way I operated in the world beforehand.

Yet, this white skin is all I have, and so I said “yes” to my friend and colleague Rev. Rita Powell when she mentioned running from Washington DC to St Louis to the worldwide Taize gathering in May 2017 focused on racial reconciliation. After the shooting of Michael Brown at Ferguson, the Archdiocese of St Louis asked the Taize brothers from France to host a “pilgrimage of trust” due to the escalating racial violence. Rather than flying to the event, Rev. Rita inspired us to pilgrimage, to travel with spiritual and sacrificial intentions. Ten of us ran and biked hundreds of miles throughout the South, offering our bodies as spiritual acts of worship as a sign of solidarity with victims of racial violence (Rom12:1). We prayed in the morning and evening and relied on the hospitality of strangers and churches along the way.

One night it was mentioned how different our journey would be if we were ten black people taking this pilgrimage together. That statement stuck with me, because it wasn’t right and yet it was true. There is something about truth that inescapably rings in your mind and heart.

Throughout our journey, I began to see a wound of racial inequity that was deeper, wider, and more painful than I ever imagined, like pulling open a band-aid to find that our efforts towards “reconciliation” were only surface-level. I began to discover that racial justice requires more than an intellectual knowing; rather, it is an embodiment, a standing alongside, a listening deeply and committing to put my whole self in. Still, I kept asking, what could I do? My black and brown friends told me that what they needed most was for someone to hear their hurt and pain born out of their experiences to acknowledge the wrongdoing.

One pastor at Ferguson said, “We don’t just need white allies. We need people to put their bodies into the fight.” And so our team ran, for 510 miles, my feet pounding on the pavement, drawing me into solidarity with the young men whose pain was so much greater than mine.

Even after returning home, there is something different about my runs. I run more purposefully: every step as a prayer for change, justice, and hope on behalf of my black and brown brothers and sisters.

A racialized society begins, and ends, with racialized hearts. This is a call to courage: to bravely uncover the ways we are holding bias, consciously and unconsciously, and act for change. It will take all of us committing to do the hard work of challenging our implicit ways of seeing and being, that we might see the way forward, recognizing that the solution for holistic reconciliation can come from Christ alone.

“And God has committed to us the message of reconciliation. We are therefore Christ’s ambassadors, as though God were making his appeal through us. We implore you on Christ’s behalf: Be reconciled to God.” (2 Corinthians 5:19-20)

I will end by saying that I understand there may be some things in this article that have offended you. I encourage you to do your own research, to hear personal stories of people from various racial backgrounds regarding race and violence, and to draw your own conclusions. I believe we must not shy away from difficult dialogue but rather move toward it; in fact, I’ve found that discussing our differences is the key to healing political and racial division. We must all humbly admit that we see from the glass dimly (1 Cor 13:12); each of us are in desperate need of one another and God’s grace to uncover our underlying stereotypes and preconceived notions. I welcome you as a dialogue partner, and especially if you would send along any resources you’d like to share with me. You can contact me via email at kelly@uniteboston.com.